END_OF_DOCUMENT_TOKEN_TO_BE_REPLACED

The National Organization for Women is pushing back and ramping up its strategy. 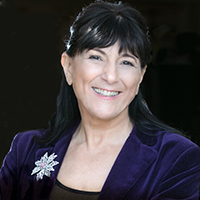 NOW’s new president, Toni Van Pelt, will be in Peoria Sept. 23 for the statewide NOW conference, and her keynote address is open to the public.

Van Pelt calls the current climate for women “an outrage.”

“First and foremost we have got to pass the Equal Rights Amendment. That is our offense and our defense. We have got to have women’s rights written into the Constitution,” she said.

On a campaign swing through Peoria recently, gubernatorial candidate and state Sen. Daniel Biss called Illinois’ failure to pass the ERA “an embarrassment.”

The amendment passed in Nevada recently. Passage in Illinois and Virginia would push approval to the necessary 38 states.
Van Pelt said, “While the original language of the ERA does not explicitly mention abortion or birth control, reproductive rights are an essential ingredient to achieving equality for women. NOW unequivocally supports a full range of reproductive health services including abortion and believes that constitutional equality for women will support that goal.”

Even in the face of growing restrictions on reproductive health care in many states, Van Pelt said, “we are winning.”

In the recent presidential election “53 percent of people voted for a feminist who supports access to abortion,” she said.

NOW is focusing on local action, interesting young girls in high school to start thinking about a career in public office.

“We have got to get feminists in the pipeline and on the bench,” Van Pelt said. “There is so much going on out there. Women are taking action locally and not asking permission from the big boys. Our job is to change the culture in this country.”

So many states are imposing new restrictions on abortion that NOW is promoting a new app that allows women to enter their zip codes and determine the closest clinic locations for safe and legal abortions.

“We have to keep fighting. We are not moving backwards,” Van Pelt said, referring to an era where women did not have access to safe, legal abortions.

“An abstinence only curriculum is unacceptable,” she said.

Peoria public schools taught abstinence only sex education until legislation was passed in Springfield mandating all schools teaching sex education must develop a comprehensive sex education curriculum. A comprehensive curriculum was implemented in Peoria in 2015.
Van Pelt said efforts to destroy the Affordable Care Act must end. Deliberate attempts to destabilize the health insurance markets must cease. NOW efforts are not just women’s rights and birth control but also the rights of the LGBT community.

“She Persisted. We resisted. United for 2018” is the conference theme. Awards will be presented to Illinois Rep. Jehan Gordon-Booth and Illinois Rep. Kelly Cassidy.

Brittany Miller, a member of the Peoria Chapter, is running for executive vice president of the state NOW. She is on the committee writing a resolution calling for the Legislature to pass the ERA. Illinois is one of three states needed for passage before the amendment moves forward.

“Personally, I operate under the assumption we are moving forward as a country and a species, but these day-to-day attacks on all we value makes me question that,” Miller said. “We never thought we’d be fighting these same issues, but the only way to move forward is with allies. Injustice anywhere is injustice everywhere.”

For more information about the state convention in Peoria, call Brittany Miller at 309-472-4964.