END_OF_DOCUMENT_TOKEN_TO_BE_REPLACED

The Community Word is framed by a 1960s style of liberalism –– a sanguine perspective where so-called average and so-called fortunate people have a stake in reciprocal social outcomes. In 2017, I began contributing to the paper’s composite demographic –– the generic reader, the academic, the activist and the just plain curious. My intent was to survey Central Illinois’ culture, its Heartland alterity, and its contemporary art narratives and practices. Such an eclectic journal with a pluralistic readership seemed like the right fit.

The Midwest in general is not a classless society, however natives refuse to be defined by class. In a population that ill-affords the monetizing of most objects and events, Central Illinoisans are stubbornly protective of an identity that transcends wealth.
What today, in the elitist and hypermediated art world, connects with the affairs of readers, most who don’t have a budget to purchase fine art? Every other kind of American culture is mass-produced, twice as accessible, and reasonably affordable. Art, however, remains independent of mass markets, and even as some may deem it cultish, its distance from popular culture and its antipathy to corporate philosophy is embedded in inland attitudes, i.e. the constructive side of populism.

Studio artists are powerful symbols of non-conformity and independence. Hand-made art shares a conceptual blueprint with the home-made and has links to the skilled laborer, free-lance designer, independent architect and crafter. These are not popular, disciplines built on trends. Successful inland artists are entrepreneurs and generally their sole financial officers, which is about as American and grass roots as you can get.

Many presume that localism in art implies that subjects are derivative, conservative, perhaps anti-intellectual. After all isn’t art really about the urban experience? I would argue that critics have to figure in all of the conventions of inland culture, just as one is required to be fluent in all of the conventions of urban and coastal culture, to do them justice. One set of aesthetic criteria doesn’t easily apply to the other. Rural and urban practices and sensibilities are not reciprocal and urban culture perceives that as a threat to their authority.

Urban culture has no claim to cultural autonomy, however. They can’t rely on their own cultural models to fairly appraise themselves. Their binary logic is flawed and used to construct identity as positive and negative, rural = elemental, urban = complex, rural = conservative, urban = progressive. Urban > rural. The “more equal” assumption illustrates how problematic these dichotomies are when the metropolis clearly depends on the rural for its calculation of preeminence.

One side may be more anachronistic than the other, the other more programmatic, but each has varying and unique states of cultural intelligence. Modernism with a small m was constructed upon on a platform of shared experiences and democratic principles –– a critique of the privilege still wielded by proponents of monoculture. In reality, urban culture is a meta-narrative –– art about the city being about art about the city.

Think about how much essential music comes from the rural South. Look how much indispensable literature was bred in the Midwest, and again in the South, or how much world architecture was defined in the Midwest. These histories are not solipsistic theory. Historical evidence and tradition can’t be displaced by contemporary trends because they’re based on real events. Contemporary art depends on historic narratives, even those that have been critiqued or misinterpreted. Persuasive art and design is a kind of knowledge produced by unraveling threads to the past and building links to the rural. 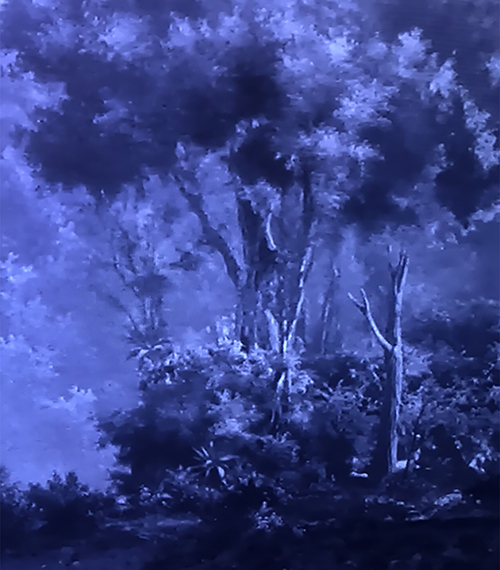 The 1933 epic King Kong contains some of the most striking, sometimes convincing, and beautiful interpretations of nature ever represented on film. Designers and technicians constructed a primeval image of the un-city –– sublime, out of time, natural, and dreadful. Its primary inhabitant was the imperialist’s worse nightmare. The king of the island realm was brutally abducted, abused and exploited. He was a classic demon that embodied the fear of the other – at the border between logic and sorcery –– a symbol of civilization’s anxiety and its mortality. The superhuman ape was laid waste in the city of all cities shamefully demonstrating our anxiety and recklessness in the face of nature.

Today a version of the primitive myth is re-programmed and projected on less terrorizing but still unintelligible landscape beyond the city. The heartland may not exactly be America’s cultural Skull Island, or a real threat to the status quo, but popular images of commonness and social privation in the provinces is just a relic of the metropolitan appeal for tribal order.

← Art: What is it Good For? | Arts help heal
Nature Rambles | Vital lands in the Prairie State →