END_OF_DOCUMENT_TOKEN_TO_BE_REPLACED

As I think about the challenges we face across the country from neighborhood to neighborhood and block to block, there’s one thing that permeates these communities with deadly consequences. It is not as obvious as you might think either. If I said drug abuse, violence, poor education, poverty and too many guns, I don’t think I would be met with much resistance.

Those things, albeit very serious and worthy of consideration, are not what I want to focus on today. Those are obvious and many people as I type I’m sure are dedicating tons of resources to the matter. The one thing that, In my opinion, has maligned our inner cities with dreadful consequences is the word “SNITCH!” You can hear it dripping off of the lips of a young mother to her adolescent child, in the playground where young people are busying themselves with child’s play, in schools among students and faculty alike. In fact I’ve heard that word used in every aspect of my life among every type of person. 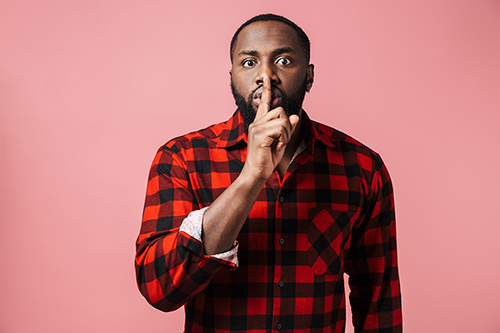 The thing that makes it so sinister is that it is cloaked in a sentiment of righteousness. To be a snitch represents the holy grail of betrayal. Before I attempt to dismantle its relevance, I want to acknowledge its significance in the Black community. It doesn’t take a tremendous amount of creativity to imagine a scenario where a slave is caught breaking a rule and the punishment is much more severe than the so- called crime. If that example isn’t enough to illustrate the point, history is replete with example after example of Black men, women and children suffering unjustly at the hands of people who represented the system. I don’t have to think hard to come up with names like Emmitt Till lynched for whistling at a white woman or George Stinney executed after a two-hour trial and a 10-minute jury deliberation –– he was 14 years old. Or what about the Tuskegee experiment where several hundred Black men were deliberately deprived treatment for syphilis so doctors could study the disease.

Even after slavery, Black men were routinely apprehended and forced into a de facto form of slavery. The bogus laws were called the Black Codes. There are literally hundreds if not thousands of examples of how the Black community developed a healthy dose of skepticism towards the United States government and a huge percentage of its white citizens.
Today Blacks are faced with an additional challenge. That unhealthy skepticism has metastasized into a blanket exoneration of all evils perpetrated by anyone Black. Consequently the worst offenders in many cases terrorize the community and run for shelter in a place that was designed to protect the community, SILENCE. That silence was not born out of the desire to protect the guilty but instead to protect the innocent.

There’s enough blame to go around too. Each time someone witnesses a police killing an unarmed Black man with impunity, often times never facing a trial or being fired, the wounds of history are reopened. If one police committed a crime I would argue shame on him, but when the entire system corroborates with him in his cover up then it becomes a thousand times more offensive.

I’ve heard police officers condemn entire communities for their lack of cooperation. “Why don’t these people just say something so we can help” is usually how it’s worded. Then that same police will go cover for one of his buddies and not once see the hypocrisy, or even his role in the problem.

When we live in a world where it is more egregious to tell on a murderer or rapist than it is to be a murderer or rapist, something has to give. Personally I believe that change has to come from the top down. Good people have to stop covering for bad people. That includes judges, prosecutors, police and citizens. The weeds of society need to be rooted out or else.