END_OF_DOCUMENT_TOKEN_TO_BE_REPLACED

“Preparation for a genocide is definitely under way in India,” said Dr. Gregory Stanton, founder of Genocide Watch, speaking to an audience of U.S. Congressional and government officials at a briefing titled “Ground Reports on Kashmir and NRC (National Register of Citizens)” in Washington, D.C., on Dec. 12, 2019. 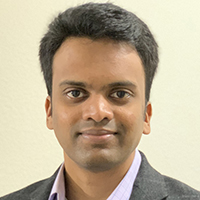 Meenakshi Ganguly, South Asian Director of Human Rights Watch based in New York, said: “The Indian government is creating legal grounds to strip millions of Muslims of the fundamental right of equal access to citizenship.”

The Alliance for Justice and Accountability (AJA), an umbrella organization of diverse South Asian groups across the United States, is giving voice to outrage within the Indian diaspora over police repression and escalating anti-Muslim violence across the state of Uttar Pradesh.

This is a brief summary of unconstitutional laws being passed in India, human rights violations, systemic marginalization of minorities and the impact on democratic values of Indian society.

The government of India recently enacted a discriminatory and unconstitutional law called the Citizenship Amendment Act (CAA) which, along with the National Register of Citizens (NRC), will officially marginalize and render millions of the most vulnerable people, mainly Muslims and other marginalized communities, stateless.

This act makes religion a criterion for nationality for the first time. It is the most significant move yet to profoundly alter India’s secular nature enshrined by its founding leaders when the country gained independence in 1947.

The idea of India as a secular and constitutional democracy that treats all its citizens equally is under severe threat with the country being overrun by an authoritarian and fascist regime bent on establishing the world’s largest democracy as a Hindu rather than secular state as enshrined in the constitution.

The new law protects non-Muslims at the exclusion of Muslims by providing fast track citizenship via CAA to non-Muslim immigrants from neighboring countries. It openly discriminates against Muslims, making them second-class citizens, and undermines India’s secular foundations. Closer scrutiny of the CAA with NRC reveals a pattern of religious and racial discrimination.

This law sets a bad precedent for more discriminatory laws to be introduced and further marginalization of minorities. The target now is Muslims but next could be Christians, Sikhs, Dalits (lower-caste Hindus) and this will not stop until the idea of a Hindu nation is achieved.

The whole idea of the ruling Bharatiya Janata Party (BJP) government bringing forth this law is less about protecting minorities from neighboring countries and more about solidifying Prime Minister Narendra Modi’s and Home Minister Amit Shah’s Hindu-nationalist agenda. The goal of their agenda is to make India a Hindu nation following the ideological vision of Rashtriya Swayamsevak Sangh (RSS), a right-wing, nationalist organization based on staunch admiration for Adolf Hitler.

The NRC has already left nearly two million people at risk of arbitrary detention and statelessness in India’s northeast state of Assam. Both Hindus and Muslims were among the two million people excluded from the list. The ruling BJP has indicated that it considers the new citizenship law the solution for Bengali-speaking Hindus left out of the NRC in Assam whereas Muslims will be thrown in detention centers and declared infiltrators.

NRC when implemented across India will force citizens across the country to prove their citizenship by providing documents that are not easily available. Those who cannot prove citizenship with these documents, particularly if they are Muslims, will be assumed to be foreigners and will be sent to mass detention centers being built across India and stripped of their previously-established citizenship.

In response to these discriminatory and unconstitutional laws, intense protests have spread across India, the United States and worldwide. The protests in India are being met with a massive and brutal assault by the police and Hindu supremacist forces that are entering universities, minority homes, destroying property and assaulting and arresting individuals. Twenty-five people have been killed.

In the state of Uttar Pradesh, law enforcement has been given a free hand to carry out this brutal repression. The chief minister vowed “revenge” against protesters, saying, “All properties of those involved in damaging public assets will be seized and auctioned to compensate for the losses.”

Soon after, state authorities cracked down on the Muzaffarnagar district and sealed nearly 70 shops without providing a legal basis for arresting 700 people. Another 4,500 were detained.

Ruling BJP along with its ideological mentors in RSS are trying to demonize the Muslim community by spreading false rhetoric and corrupting the minds of the Hindu majority calling Muslims invaders (inferring Mughal rule) and infiltrators (from neighboring countries). Mob lynching of Muslims and Dalits in the name of cow protection are rampant and are happening with impunity and often with state collusion.

Kashmir, the only Muslim majority state, has been converted into an open-air prison with a severe lockdown and has the highest ratio of military to civilian population anywhere in the world. The military responds to protesters with pellet-firing shotguns as a crowd-control weapon and has caused large numbers of deaths and injuries. Internet and phone services are shut down, there is no media coverage, a ban on public meetings and several Kashmiri activists and political leaders were detained.

India’s Supreme Court recently legitimized the illegal and unlawful destruction of a mosque by fanatic Hindu mobs, a judgment that preferred faith over law.

Indian authorities have been trying to silence any sort of demonstration and those who speak out against the violation of human rights have already faced persecution. Activists have been held in detention to stop them from organizing protests, while critics of the government are accused of sedition, criminal defamation or terrorism. Right to free speech is in jeopardy.

This critique is not against India or Hinduism but against the autocratic policies being adopted by the current government and tampering with the idea of India following “Hindutva ideologues” which runs contrary to the vision of India’s constitutional architects being a secular and an inclusive democracy.

The preamble to the constitution of India reads, “We, the People of India, having solemnly resolved to constitute India into a sovereign, socialist, secular democratic republic and to secure to all its citizens Justice, Liberty, Equality, and Fraternity.”

Connection between CAA & NRC and why it is a discriminatory law:

Legal foundation for why the CAA/NRC is a bad idea:

UP government vowing revenge against protesters and detaining:

25 people killed, thousands detained/arrested in the protests so far:

Evidence of human rights violations committed by the police and organized political thugs:

Financial Times – Amit Shah is dedicated to transforming India into a Hindu nation:

Khaja Mohiuddin, called Faraz by family and close friends, was born and raised in Hyderabad, India. He moved to the United States to pursue graduate studies in mechanical engineering. He currently works at Caterpillar Inc. and lives in Peoria with his wife.