END_OF_DOCUMENT_TOKEN_TO_BE_REPLACED

The Audubon Christmas Bird Count season is over and volunteer compilers are busy uploading data. This is the 120th year for the Christmas Bird Counts, and local count circles in our region include Peoria, Chillicothe and Chautauqua National Wildlife Refuge.

This year’s count was very odd. Winter really had not taken a grip on our region prior to the count dates, so it was not a typical year. Of the results that have been compiled so far, it looks like most counts are turning in lower numbers of birds in our region. Notably less were some of the smaller songbirds such as American Goldfinches, Black-capped Chickadees, and native sparrows like the White-crowned and White-throated. Most count circles are reporting between 15-30% decline in the number of individual birds reported.

There were some outliers to this trend though. The Chautauqua count circle reported record high numbers of Common Grackles (47,428) and Red Winged Blackbirds (31,515). On a normal winter count, we would only see a few hundred of both of these species, so it seems obvious that these birds haven’t migrated as far south as they normally do for this time of year. If we take away these two outlier species though, the Chautauqua count was also below past year’s numbers.

Also anecdotal, but still significant, are the numbers of birders that took part in this year’s count lamenting about just how few birds they were seeing this year. Some of these people have been at it for almost 50 years, and I have yet to hear one of these “old timers” claiming that birding is getting better.

We know something is happening, and ecologists are looking for real solutions. The Cornell Lab of Ornithology is promoting several steps that people can take to be a part of the solution to declining bird populations. One of those steps is taking part in some type of bird count. The Christmas Bird Count might not be your cup of tea. Not everyone has the time, or ability, to be out in the field for an entire day. It can be a real slog through the swamp. However, there are several other bird count opportunities that anyone can do, easily.

The Great Backyard Bird Count takes place between Feb. 14-17. If you have at least 15 minutes of time during that period and can identify the birds in your back yard, this count is for you. Last year, over 210,000 checklists were submitted from this worldwide event. There were 6,851 species seen and over 32,500,000 birds were documented. All you have to do is submit a checklist online. For more information and to take part, go to https://gbbc.birdcount.org.

If you are a regular hiker, or just go for a walk through your neighborhood, consider becoming an eBird participant. eBird is an online birding community where people can submit checklists of what they are seeing at anytime of the year. There is a free eBird application for smartphones that you can use to track and submit your data. To find out more about eBird, go to https://ebird.org/home and sign up for a free eBird account.

If you want to see eBird in action, come to Peoria Audubon’s meeting at 7 p.m. Wednesday April 8 at Forest Park Nature Center. Steve Zehner will be giving a program on both eBird and iNaturalist. The meeting is free and open to everyone.

It’s probably safe to say that one reason we have so many ecological problems on this planet is that there are just so many humans slogging around and messing things up. So, let’s turn our numbers into something positive. The more eyes and ears we have keeping track of nature is a way of crowd-sourcing our collective knowledge. In today’s connected world, let’s all try to do our part to be a productive citizen scientist and be a part of the solution. 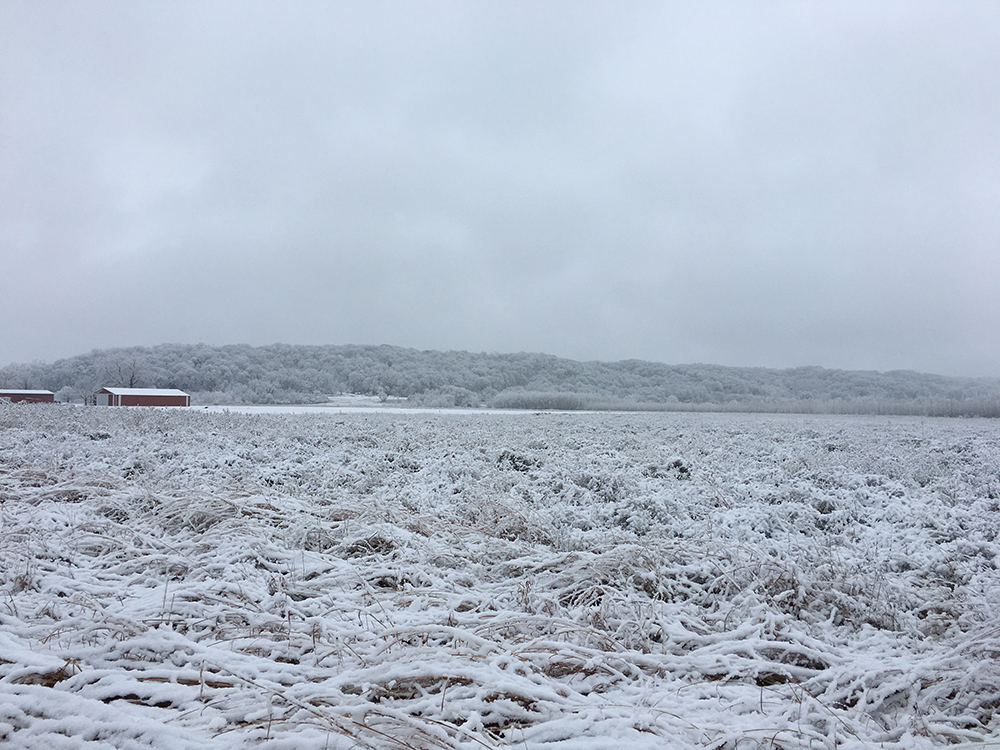 PHOTO BY MIKE MILLER
This section of the Woodford County Conservation Area was planted in prairie grasses several years ago, and on Jan. 4 during the Chillicothe Bird Count it should have been filled with native sparrows stocking up on fuel, but there’s not a bird in sight. This reiterates the low numbers documented in the 2020 bird count.