END_OF_DOCUMENT_TOKEN_TO_BE_REPLACED

The California-based legislation, The Crown (Create a Respectful and Open World for Natural Hair) Act, SB-188, is designed to prevent discrimination toward African Americans based on their hair. This law is housed under California’s Fair Employment and Housing Act and includes language that specifically points to discrimination based on an individual’s hair. The legislation states:

“Under the California Fair Employment and Housing Act, it is unlawful to engage in specified discriminatory employment practices, including hiring, promotion, and termination based on certain protected characteristics, including race, unless based on a bona fide occupational qualification or applicable security regulations. The act also prohibits housing discrimination based on specified personal characteristics, including race. The act also prohibits discrimination because of a perception that a person has one of those protected characteristics or is associated with a person who has, or is perceived to have, any of those characteristics. Existing law defines terms such as race, religious beliefs, and sex, among others, for purposes of the act.

One might ask, why is this legislation necessary? The fact is African Americans are discriminated against based on their hair more frequently than one might think. One of the most glaring incidents involved an African American wrestler in New Jersey who was forced to publicly cut his dreadlocks right before his scheduled wrestling match to compete. Think of the humiliation that this young man experienced and the impossible situation in which he was placed. Either cut your hair or keep your dreadlocks and be disqualified and let your teammates down.

The referee who demanded the dreadlocks be cut was later fired.

One might think that this type of discrimination is something new — a product of a divided nation. However, discrimination based on hair has been around for hundreds of years. During the 18th century, laws were created regarding how African American women were allowed to wear their hair. One such law was Louisiana’s Tignon Law, which required that African American women cover their hair in public places. In 2015, military regulations stated that braids and locks were violations of the dress codes.

As a result of the Crown Act, other states, including New York and New Jersey, have passed similar legislation. The Crown Act has become a movement with a website devoted to promoting awareness and advocacy.

The question is, why do we need such legislation? Why is a person’s hair such a focal point of discrimination? History has shown that in many cases of discrimination, ignorance and fear are overriding factors. This case is no different. The issue of diversity continues to be a buzzword in this country. But how can we be an inclusive society when implicit bias and racist thoughts continue to be perpetrated based merely on an individual’s appearance? For the answer to this question, I went to a familiar place for answers, music.

The song “I Am Not My Hair” by India.Arie was released Nov. 15, 2015. The song is a message to the world that African American women, in this case, are more than their outward appearance, and that preconceived notions of who they are based on their appearance are wrong and narrow-minded. I leave you with several of the lyrics from this powerful song. 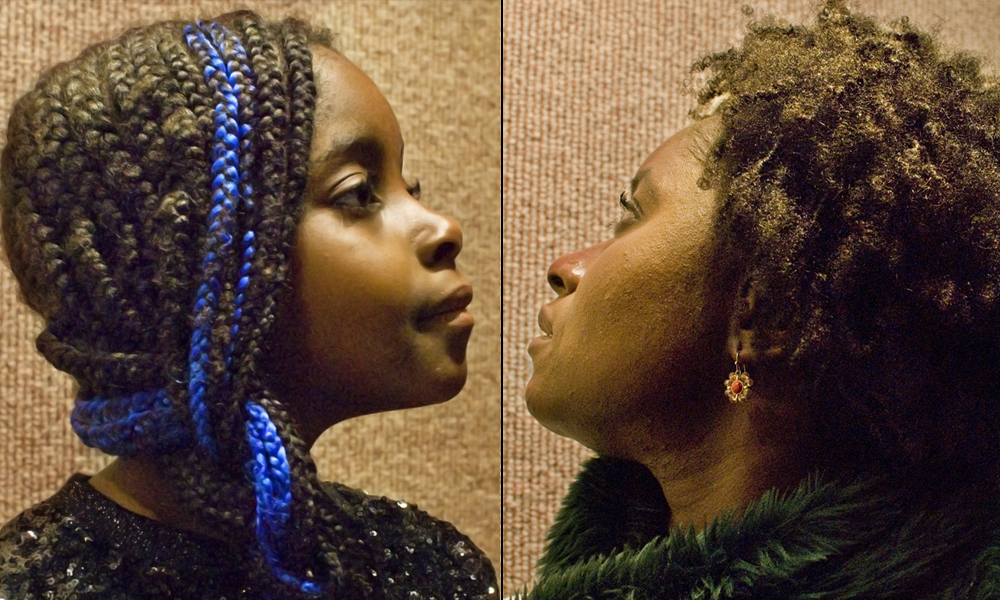 PHOTOS BY CLARE HOWARD
Ramsey Reed, left, has elaborately braided hair and her mother Sokonie Reed wears her hair natural. Both styles are a protected right under the CROWN Act in California. Following California, New York and New Jersey have similar bills making it illegal to discriminate based on hair. Sen. Cory Booker, D-N.J., introduced a similar measure in the U.S. Senate recently.