END_OF_DOCUMENT_TOKEN_TO_BE_REPLACED

Dan Devening’s work is a meticulous hybrid of disciplinary practices. He treads the periphery of painting, collage, graphic design and architecture, looking for new paths between demonstrated customs and proven structures. His is a kind of post-diagnostic formalism, using disciplinary language to coax an asymptomatic anxiety-free subject. The merging of a restrained, cerebral rather than emotive, work with collective design traditions adopted in part from the ’20s avant-garde, enables him discreet compositional and chromatic outcomes. The work measures our sensitivities to the built environment and the probability for contemplative encounters within it. The logic of pictorial autonomy and the utopian premise it once pledged, produces vivid and agreeably understated pictures. Devening writes “……an artist responds to and creates constraints, imposing limitations or rules within the work. Paradoxically, it is within these constraints where freedom and innovation are found.”

Devening’s recent show, “The Volte-Face” at Knox College was in its newly renovated Borzello Gallery. Its sleekly designed horizontal layout with polished concrete floor was exceptionally accommodating for the artist’s spare, but colorful collages and prints. The focal point was a slender wooden tripod form, roughly 100 by 90 inches, with seven paper appendages hung on horizontal wooden rods. Various sized paper works encircled a central dowel and fanned out like flags, requiring one to move around the piece and discover constantly shifting sight lines. The entire mechanism served to modulate an ensemble of formal planes, photographic fragments, and diagrams that used pattern and space to encourage a kind of visual calisthenics.

I understand the exhibition title, which means “about face,” to be punning on the literal face of the artwork rather than a conceptual u-turn. The artist unfailingly explores that which constitutes frontality, establishes visibility, and defines surface. He addresses art’s capacity to leverage the viewer’s position with abstract clues as to where to look, rather than what to think. “The Volte-Face” is a tutorial in viewing, essentially.

There are relationships to Chicago artists and a legacy of abstraction that has been often obscured by the city’s love of fetishistic, neo-vernacular imagery. Through Devening’s work and his gallery, Devening Projects, he circumnavigates the design and photo conventions that have been a stable counterweight to regional narratives. One factor may be where he studied. The university of Illinois, Chicago was recognized as the alternative to fantasy and narrative imagery of other programs, sharing academic philosophies and aesthetic sensibilities with Illinois Institute of Technology and other schools with influential architecture histories. Rodney Carswell, Charles Wilson and Dennis Kowalski, artists triangulating constructivist and Bauhaus-influenced theory, had a programmatic influence at the time of Devening’s study and would have been great mentors. It seems reasonable that local abstract and post minimalist links with architecture and design education may have laid a foundation for his work as well as an audience for the eventual direction of his professional practice.

Devening’s strategy of freedom and innovation is reflective of the multi-disciplinary improvisation of the Russian Constructivists. His kiosks are strikingly complex, embellished with fragmented signage and parenthetical formal detail. While he casually fractures and reorganizes the likes of El Lizitski in scrubbed and burnished collages, his assemblages mimic the short-lived new world models of post-Czarist theater. You can find hints of Lyubov Popova’s yawning wood structures, an anchor of the revolutionary order, asserting the proscenium as the critical template of dramatic form. For Devening too, the set becomes the play. 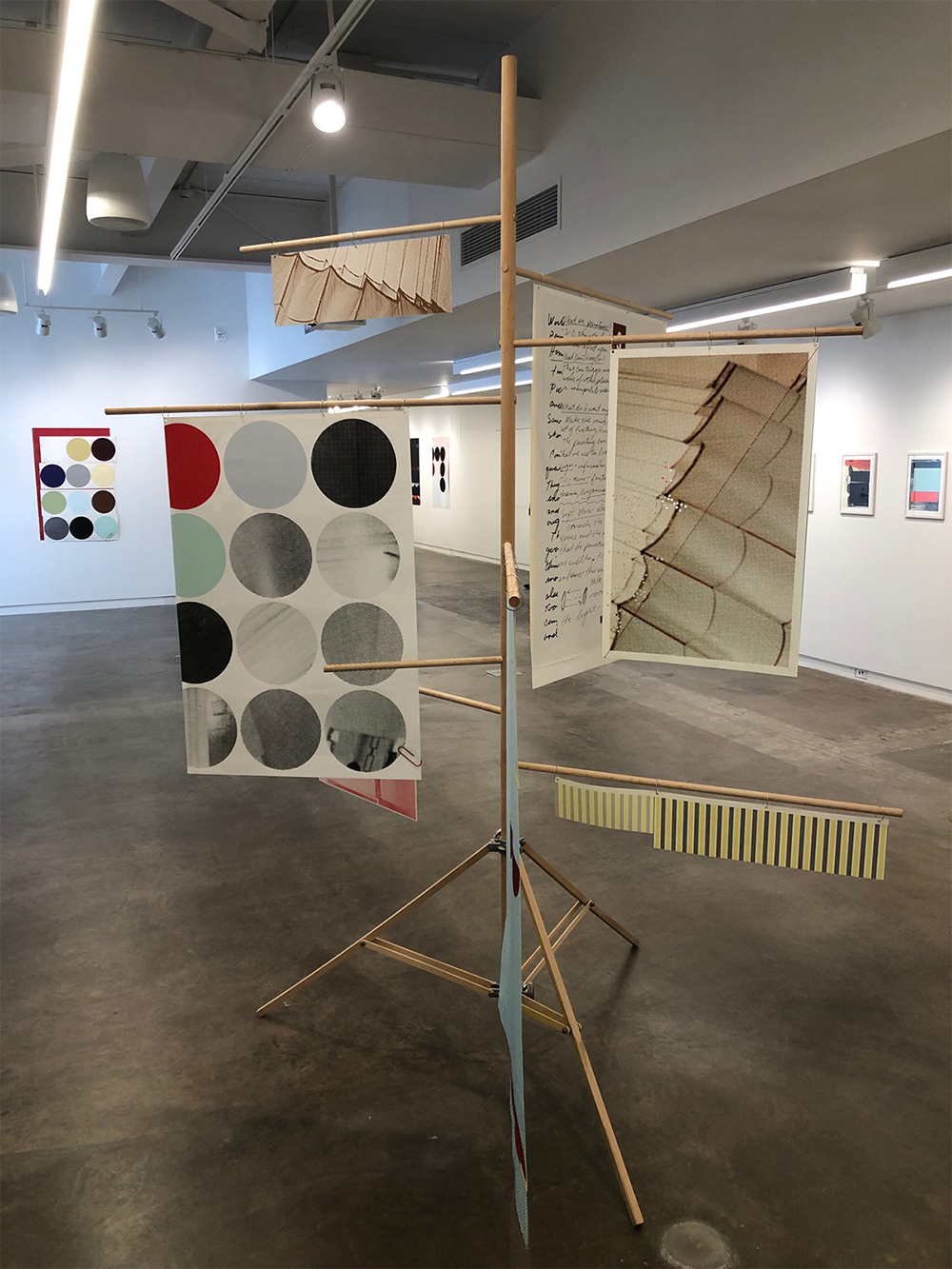 ← Art: What is it Good For? | If It’s Broke, Fix It
Reflections From A Hindu Perspective | Charity →