END_OF_DOCUMENT_TOKEN_TO_BE_REPLACED

John Phillips began painting in earnest about the time that the medium was relinquishing its preeminent avant-garde station, leaving painters with the task of buttressing and re-defining the practice. Its formal contours had been turned inside out or neglected in the ‘70s as academics carefully separated abstraction into the decorative or deconstructed. Undeterred, Phillips chose the long-standing art staple of re-construction, and looked to clear up some untidiness left from the first whiff of post-modernism. He painted visual etudes –– difficult, systemic compositions that stealthily unwound the repertoire of labor-intensive abstractionists like Barnett Newman and Clyfford Still. Gradually he traded deep-rooted all-over compositions and spatial patterns for a leaner look of reverberating R&B rhythms. He began incorporating sonic formulas of hooks and beats, favoring the youthful communalism coded beneath the surface of popular music over the visual protocol of the 1950s.

Imagery in John Phillips’ newest work predates our now justifiable obsession with the concealed and dormant, even if ironically. Our present contaminated stream of consciousness with its fraught representations of the aberrant isn’t just a hiccup in the history of what makes up the present. Dread and its suppression is a critical subtext of the modern. The notion that Phillips’ recent work is a cross between the microbial and the medicinal is art syntax and psychology and uncannily cross-contoured in his painting. Is this imprecise resemblance of germs an example of art being imposed on the world or the other way around? Far from being illustrative or dramatizing, the images mock one anti-aesthetic terrain of late modernism that will not die, that of the cool and the ironic. 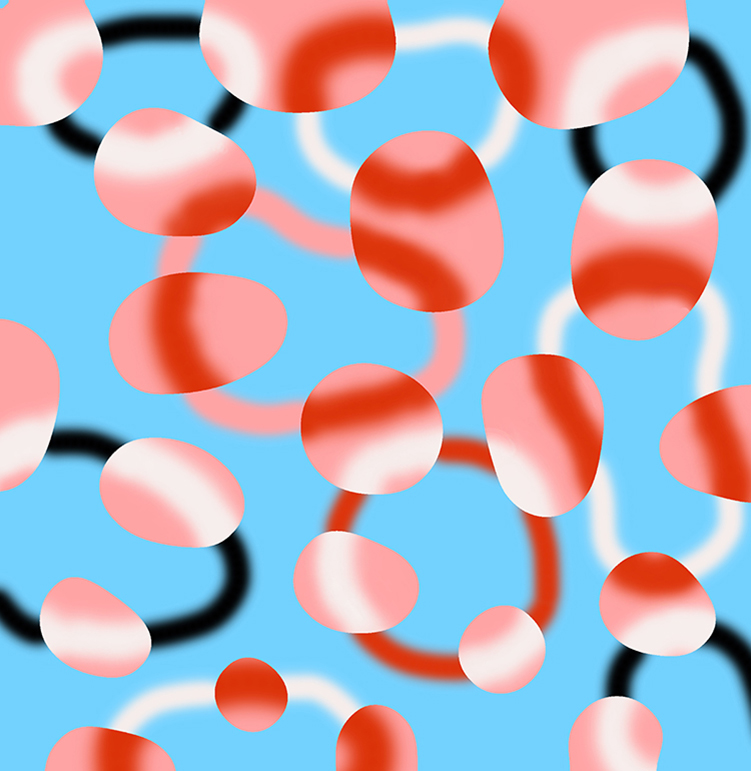 The changing lives of artists and their nothing-but-on-line presence sours the air in sheltered studios. Object makers, even those savvy about the variables of social networking, have clearly been shaken as their mediums demand real REspace and time, now more than ever. Artwork has been usurped by social distancing, defunded by too many shuttered galleries and museums, and sidelined by journalists. Cultural workers from art faculty to collections registrars and book artists scramble to make digital and remote more than digital and remote. The real is even more obscured and the virtual isn’t taking its place –– no surprise.

Objects in space, even ambiguous ones like Phillips’ are vibrant and confirmable. They survive without the meta-world, never having depended on streaming behavior data, or performance metrics. They’re formidable because they add something to a much longer continuum. They’re vivid and stable, especially when compared to cultural models that blur philosophy, entertainment, aesthetics and politics. As far as the original avant-garde, you can’t ditch a text whose fundamental objective was ditching texts. The present is still reflective of the critical, but dispersed inordinately among cloistered group demographics, absent for some, alive for others.

Self-isolation is the opposite of relentless production, image pollution, and meta-culture that has worn thin for more than a generation. Solitude is not that unfamiliar to artists. It removes one from the monetization of art, for a time to yet be determined, to consider the psychology of the artist as perhaps a consensus builder for a rational culture, one without sanctity maybe, but also without horror. Isolation breeds the curious pleasure of taxonomies, and the indulgence of object-love –– a profane American sacrament.

Phillips’ microbial structures, which have inhabited his paintings for the last several years, are an authentic response to an incontrovertible formal legacy, which just happens to reflect curiously on the anxious present. They drill deep into the material and grammar of paint as a fluid material and color and it’s easy to see them as aggressive pigment molecules. They’re fresh, designed on a laptop then crafted on canvas, so they also acknowledge the pervasiveness of digital technology. They’re reenacted from the strongest impulses of 20th century progressivism, which were attention to details, authorship and immediacy. For some, the truth of the modern is that artists became soulless machines. The rhythms of Phillips’ abstraction however, suggest that instinct, research and skilled labor dismiss all the caustic narratives on the surface of modernism, revealing a startling and beautiful grammar of paint utopia.

← Art: What is it Good For? | Healing joy
Nature Rambles | Solace in nature →