END_OF_DOCUMENT_TOKEN_TO_BE_REPLACED

Those dichotomies highlight a different approach to growth and community development – a difference that leaves Peoria on the losing end. 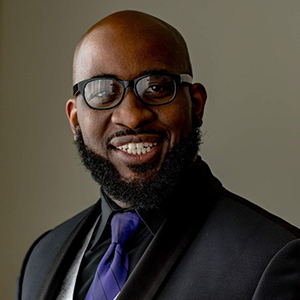 Farris Muhammad. PhD., was named Peoria’s chief diversity and inclusion officer in 2018. He left Peoria after two years and started a job as director of equity and inclusion in Lawrence on Nov. 9. While the population of Lawrence is 80% white, communitywide discussions focus on inclusion.

Muhammad was reached for a phone interview after two months on his new job and his enthusiasm was evident.

He said neighborhoods throughout Lawrence have Black Lives Matter signs and rainbow coalition signs. Departments throughout the city have intentional diversity goals and targets. Diversity and equity are citywide priorities.

“In Peoria, anything related to diversity was just me. Complaints came to me. Here that is spread out. Diversity is part of other departments,” he said.

Establishing programs, training and incentives to create more diverse and inclusive workforces should be looked at as economic development, research has shown.

”Inclusivity is the No. 1 economic development tool,” said Olugbena Ajilore, senior economist with Center for American Progress during an interview with Community Word last year. He said economic development strategies must include specific steps for redressing institutional racism.

Muhammad said, “I care about real change for the most marginalized people,” and workforce diversity lifts the entire community.

The COVID-19 pandemic has highlighted gaps in the social fabric that put everyone at risk, Muhammad said, noting people in the most affluent communities can go to Starbucks and grocery stores and come in contact with baristas and cashiers who live in the most marginalized communities. COVID sees no barriers.

He said the importance of African Americans in leadership positions is clearly evident in school districts.

Research shows students are most engaged in school when they see themselves reflected in positive role models, and without those diverse role models, we see not so much “dropout” but “pushout” Muhammad said. Students feel pushed out of academic and extracurricular life and eventually the entire school experience.

One of his major advocates in Peoria was City Councilwoman Denise Moore.

“When someone is the first person in the room, the job is very difficult. No trail had been blazed,” Moore said.

Decades have past in Peoria since Ernestine Jackson left the job after a highly successful tenure. Muhammad came to Peoria during a time of crisis. The city was repeatedly listed as one of the worst places in the nation for African American males.

“In two years’ time, he made inroads in city government,” Moore said. “He blazed a trail.”

But he got pushback and resistance, she said. He came to do a job and his academic doctoral work and experience guided him. He was analytical and research-based, Moore said, yet too many people were telling him what to do.

She has worked with a committee on a job description for the position that clearly spells out goals and expectations.

Muhammad “had everything but the kitchen sink thrown on his plate,” she said.

She would like to help Peoria become better with a more diverse workforce. By way of analysis, she said, before a doctor can prescribe treatment for a patient, there must be a diagnosis. The patient talks with the doctor; the doctor runs tests, analyzes the results and gives a diagnosis. None of those steps can be skipped.

The next person hired as director of equity and diversity for Peoria must be given time to become acquainted with the community, talk with all segments of the community and learn about community problems.

“We are like a community in so much pain, we just want the pain to stop,” Moore said. “But before there is a prescription to control the pain, the pain has to be understood.”

A new diversity and inclusion officer will be hired for Peoria this year, Moore said.

← Reflections From The Clergy | Division
Reflections from an Existential Lens | Religion, Secularism and Life-Meaning, Part I →