END_OF_DOCUMENT_TOKEN_TO_BE_REPLACED

Barbara Ciurej and Lindsay Lochman have been collaborating on and experimenting with visual culture for 40 years from their studios in Chicago and Milwaukee. While recognized originally for critiquing the artworld’s male-centric art institutions and subjects (a reality that still underpins much of their work), they expanded their reach to broader aesthetic and activist subjects that telegraph a critique of what has been endemic to contemporary art as a discipline vis-a-vis the culture at large.

Their extraordinary work narrates the degree to which the perception of women throughout history is ideologically determined by meta-narratives of sex and gender. They dispatch these myths as a source of other crises regarding social and economic realities that deeply affect the cultural and political present. In the process we view a kind of interior life that celebrates the vision and realpolitik of women whose domestic space is still stage-managed by an indifferent, if not hostile, corporate culture.

Like the most impactful and progressive artforms in contemporary art, Ciurej’s and Lochman’s work takes modernism and the collective post-modern folly to task. As specialists, first in photography and later in collage, text works, curatorial projects and design, they frame their subjects in ways that command the viewer’s attention and stimulate discourse. They come from the generation where DIY wasn’t just a slogan, but meant inventing a new context for one’s work, wearing numerous hats as writers, editors, curators, administrators. That experience helped them advance their concerns, which often reveal how disconnected mainstream culture is from ordinary experiences. Their collaborations are lucid, formally robust, meditations on the poetics of a 40-year-old conversation on women, art, aging, and environmental negligence.

In the last decade, Ciurej’s and Lochman’s attention has included the consequences of food production and ecology on our collective well-being. In their work, we still see incredible beauty and attention to detail that has always been a signature of their practice, as well as a spirited and sometime unnerving capacity for judgment and humor. Viewers/readers can be awkwardly suspended between the intersection of craft and urgency of subjects.

Their most recent project is “Recipes for Disaster,” a cookbook parody that prompts nostalgia for the 1950s classic “Better Homes and Gardens” tome. Its cover depicts a globe on a dinner plate with seas blazing in solarized Day-Glo and continents frozen in inky silhouettes – a pretty good indication that nutrition and just about everything we associate with cherished traditions and spaces of domesticity have been compromised with extreme prejudice. 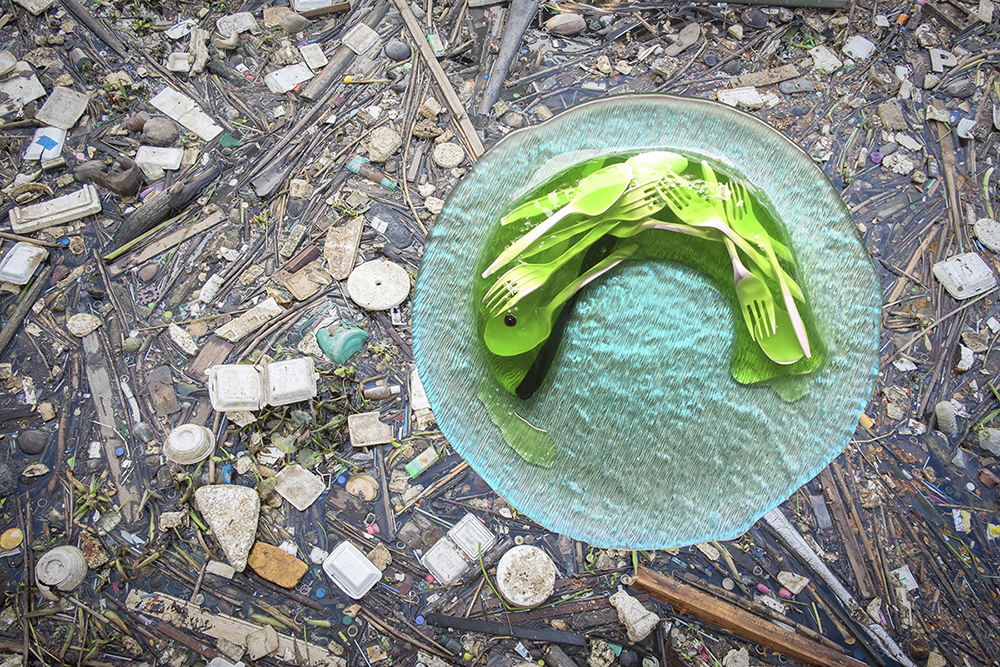 Other sections include crowd-favorite “Gyre Jell-o” that makes five drifting garbage islands, larger than the state of Texas, and “Red Tide Surprise” that combines nitrogen and phosphate-rich agricultural fertilizer runoff and ravaged wetlands to create a super-zesty seafood course.

I’m partial to the Rainforest Flambé, a “delectable biodiverse layer cake” that “Combines 50% of earth’s biodiversity, 80% of its edible vegetation, and 20% of its oxygen on just 6% of the earth’s land. It’s capped off by “pulverizing indigenous rights, saturating via government sanctioned, pro-business incentives” and then caramelized with a torch. 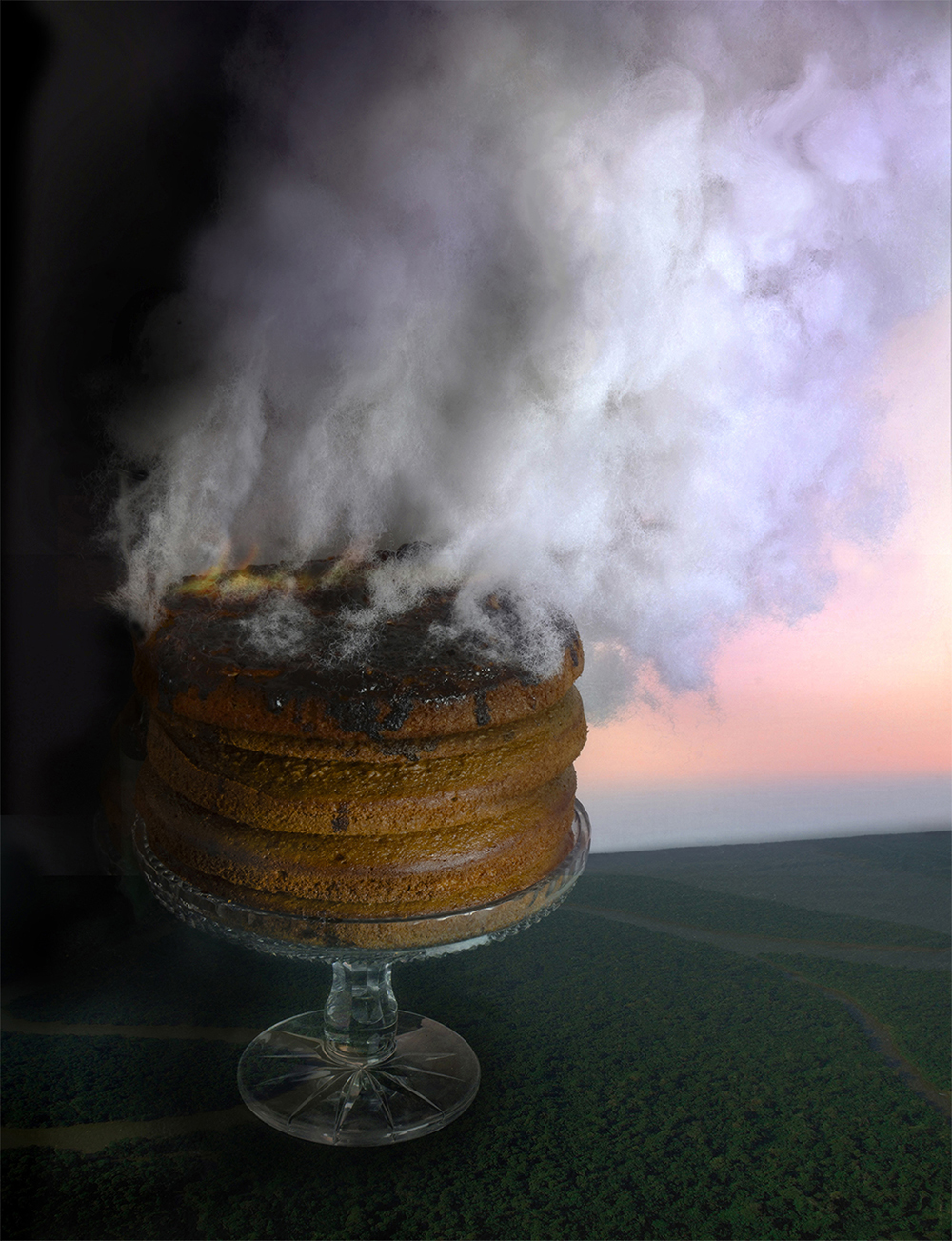 Amid the treacherous anti-cuisine, battered near-antique cookware, and photographs of wryly demented food simulacra are images of traditional kitchen paraphernalia. Salvaged from generations of home cooking are tattered home recipes with scribbled handwriting, grease stains and the sweat from kitchens that were the nucleus of family rituals. Cleverly re-configured illustrations from the popular “Better Homes” book ornament the chapters, reflecting how we were seduced by meals-as-entertainment in the ’50s and ’60s.

Readers/cooks are implicated as dupes (unprincipled consumers) in ordinary domestic customs transmogrified by the wand of corporate monoculture predators.

The increasing danger of environmental degradation and climate change helped to usher in COVID-19. Mercantilist trade practices and the incompatibility and/or intolerance of cultural traditions and values intensify the threat of further pandemics. Revisiting the paradigm of ecofeminism, which acknowledges that extraction and domination are embedded in cultural views regarding nature and women, Ciurej and Lochman freestyle in the radical antecedent spaces of Dada and Fluxus – pleasurable, gripping and uncompromising.

← Art: What is it Good For? | Giving Voice
The Watch | Peoria council discusses cuts →