END_OF_DOCUMENT_TOKEN_TO_BE_REPLACED

Although Chicago’s art schools and museums attract thousands of students and visitors annually, emerging and even mid-career artists have always struggled to capture an appropriate degree of that attention. There wasn’t always a deep reservoir of writers, venturesome collectors, or crowded pools of gallerists that would articulate the generational or geographical differences or enough curators who would bridge the gulf between Chicago’s resolute young artists and the establishment. 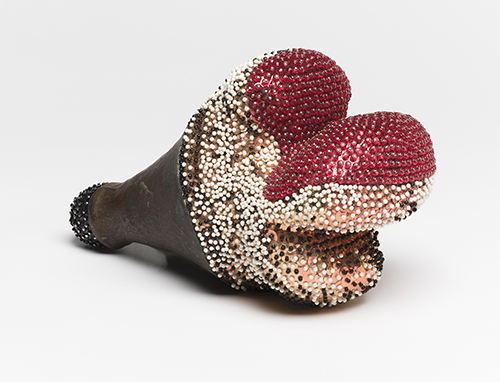 Today, however, African American artists are straddling the geographic periphery that is Chicago by prompting cultural critique that doesn’t turn its back on either street or vernacular aesthetics. The legacy of and debate about racial identity in America that’s been increasingly vigorous in the last decade coincides with the new status of African American art in Chicago. “The Freedom Principal: Experiments in Art and Music, 1965 to Now” at the Museum of Contemporary Art, mural movement forefather Bill Walker’s “Urban Griot” at the Hyde Park Art Center, and “The Time is Now: Art Worlds of Chicago’s Southside, 1960 to 1980” at the Smart Museum are recent shows that local institutions have presented that signify a trend in compensatory and restorative engagement with the past.

While the rank and file still struggle to penetrate the racial, gender, and geographic ceiling, several perform brilliantly on the national and international stage. Chicago’s art A-list is both authorial and communal and the work far exceeds the simple designation of “Black Art.” For them and for Chicago, it’s been a watershed decade.

Kerry James Marshall, arguably the most poetic and cinematic contemporary life painter in the U.S., Theaster Gates, whose extraordinarily versatile practice includes sculpture, musical performance, installation and urban intervention, Nick Cave, soaring performance artist whose assemblages articulate the African American psyche in craft, dance and ornament, and the esteemed photographer Dawoud Bey, who documents those born to the crisis of gentrification and erased communities, has each raised the art bar by simultaneously examining race and challenging the formal and conceptual models of their disciplines.

These virtuoso performers reveal the complexities of the African-American experience by being deeply invested in their respective communities, (not just an abstract notion of the public). They explore materials rooted in cultural histories and labor not typical in most contemporary art. They have large multi-racial, multi-generational audiences, which may be attributed to acknowledging widespread institutional oppression. Each is also dedicated to asserting those histories and identities in the canon of Modern art, which in turn produces a more comprehensive idea of art to a broader segment of society.

Their exceptionality, like all influential modern and contemporary artists, is based on extraordinary, sometimes diverging, form and content. It’s art that gets beneath and operates beyond standard art hierarchies. To be sure African American art in Chicago requires investment on the part of the viewer in both social histories and art historical terms, but it speaks directly to the present, aesthetically and ideologically, and demystifies previously obscured narratives about contemporary life in America in general.

Chicago’s art community has relevant predecessors on the south side. A cornerstone is AfriCOBRA (African Commune of Bad Relevant Artists) a collaborative that set the stage in the ‘60s with aggressive, life-affirming, activist art. They also overlapped formally and conceptually with the AACM (Association for the Advancement of Creative Musicians) a groundbreaking group led by pianist Muhal Richard Abrams. AfriCOBRA included founder members Gerald Williams, Barbara Jones-Hogu and Jae Jarrell who built a collective to recognize the revolutionary moment of the late ‘60s, as well as the concept of global spirituality, and it paralleled the production of similar themes in experimental jazz.

There are a growing number of younger African-American artists who have been encouraged by the enterprising projects of Hamza Walker at the Renaissance Society and Naomi Beckwith at the Museum of Contemporary Art that reveal Chicago history and identity as principal in the conceptualization of contemporary art at large. Former Southside Community Art Center Director Faheem Majeed will show his own work at the Hyde Park Art Center this summer. His upcoming full-scale charcoal rubbing of the façade of his former workplace is a kind of autobiographical gesture, as well as a metaphor for the significance of the center in anthropological terms.

Chicago is increasingly noted as the center for vanguard Black art but that understates what has occurred over the last decade. Black aesthetics and Black influenced visual art and design is now as ubiquitous as styles of popular music of color. Because it is so fresh and embedded in Chicago’s communities and uses real spaces and objects it embraces the most important issue of our time while simultaneously defining the art moment like nothing else and nowhere else. It stands in opposition not only to the escapist dross of global art, but the insular, academic obsessions with artificial intelligence, post commodity, and trans-media. If you “fly over” it, literally or figuratively, you’re not only missing the present, you’re ignoring positive, concrete and indivisible change. 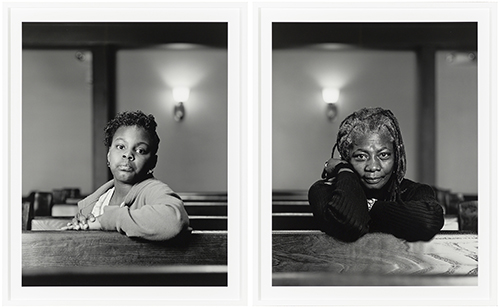